Waste management has been one of the focuses of the Australian National Agenda since 2009. The creation of a National Waste Management policy that has been agreed upon since 1992 must now come into fruition or the whole Australian population will be facing problems by the year 2030. In this light, waste removal in Sydney has been the focus of a more concrete development of policy and system in the past years. 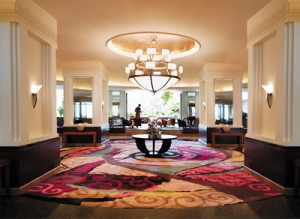 Domestic and commercial waste has been the problem of the city council for the past decades. It is projected that if domestic rubbish removal in Sydney would not be improved by 2030, the city government will be forced to take garbage as far as 250 kilometers away to the nearest suitable of landfill. Now more than ever, Sydney needs a more sustainable waste management system.

The city government by now has already proposed the creation and implementation of a system of domestic waste and rubbish removal that could answer this need. A proposal that will eliminate the need for a landfill is now being looked upon. This could be made possible by the employment of a collection and segregation system that could sort out all recyclable materials in the process. All the recyclables being sorted out and collected while organic and biodegradable wastes shall be transported to a biogas facility where the waste will be used converted to fuel.

In the past years, the techniques and methods employed make waste management systems more sustainable has already been used and exploited by other countries. Today, in conjunction to making waste removal in Sydney and in the whole country sustainable, specialized waste collection and segregation facilities are already operating.

All over the country, there are 10 advanced waste treatment plants that are currently in operation.  These facilities process much of the commercial wastes from hotels and tourist accommodation areas, as well as wastes from food industry. It is projected that the private sector could put out a collection system that could be subsidized by the city government to minimize costs. Another proposal within the private sector will be the 100% allocation of all the profit from all the recyclable materials and the use of biogas or reclaimed fuel from the waste treatment in order to lower down the costs of waste removal in Sydney. This technique is already being practiced in China and Japan since the early 2000s and is reducing crude fuel consumption by at least 5%. With the prospect of an autonomous and affordable garbage disposal system there seems to be a light on the end of the tunnel before 2030 for Sydney’s waste disposal problem.

Copyright © 2021 Your Name. All rights reserved.